He has conducted comparative empirical research in Italy in Orune (Sardinia), in Greece in Episkepsi (Corfu), in Mexico in Nahuatzen (Michoacán), and in Haifa (Israel) on the relationships between solidarity and community. He has made research films on popular festive celebrations, in particular on Holy Week in Cerignola in Puglia (“Rossocontinuo”) and in Spain (“Semana Santa en Sevilla”, “Semana Santa en Valladolid”), and on the patronal feast of a Mexican pueblo (“Las fiestas de San Luís Rey”).

At the suggestion and invitation of Michael Burawoy, at the 13th World Congress of Sociology in Yokohama in 2014, he was a candidate as President of the International Sociological Association. He edits the series “Modernity and Society” of Armando Editore and “Perspectives on the Sociology of Religion” of Edizioni Borla. He is on the editorial board of the journals Current Sociology, Religions, Sociedad y Religión, Sociétés, La Critica Sociologica, Religioni e Società. He is Advisory Editor of the Blackwell Encyclopedia of Sociology. He has been Directeur d’Études – Maison des Sciences de l’Homme – Paris and “Chancellor Dunning Trust Lecturer” at Queen’s University in Kingston, Canada (the same title has been awarded to Martha Nussbaum and Charles Taylor). He is an Associate at the Institute for Research on Population and Social Policy of the National Research Council.

He is the author of over ninety volumes and one thousand publications with translations into English, French, Russian, Spanish, German, Chinese, Portuguese, Basque, Catalan, and Turkish. 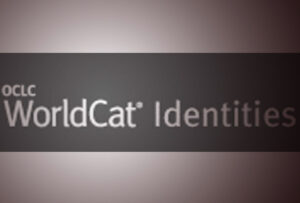